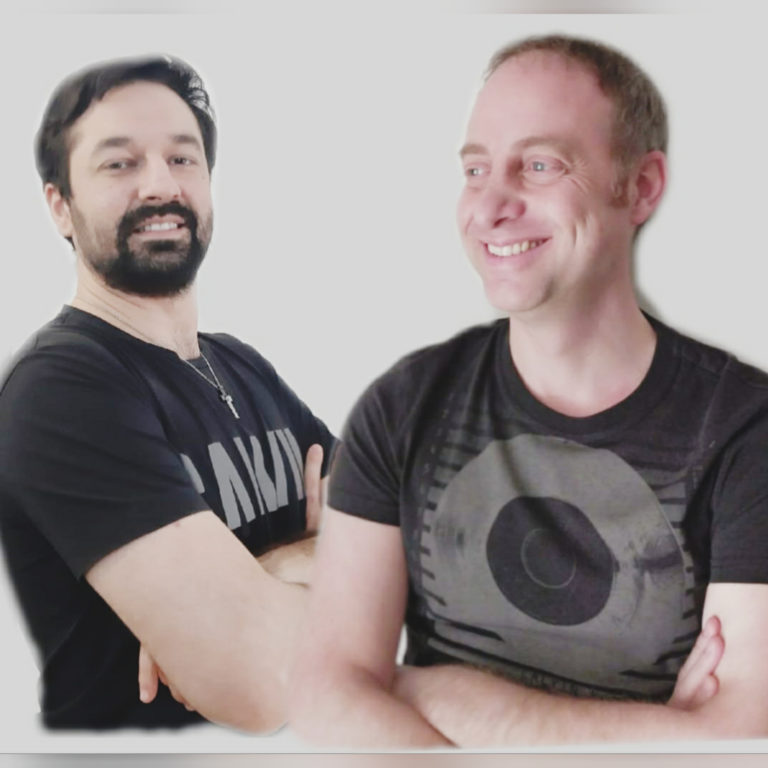 Angels&Tilove are two italian DJs and producers (Valerio Angeli and Emanuele Tantalo). Valerio Angeli (Angels) completely crossed italo dance music of 2003 playing sets in the most famous disco in Rome such as Gilda, Spazio 900, Piper Club, Chalet, and others top club in Costa Smeralda (Sardinia) and Switzerland. Emanuele Tantalo (Tilove) started working in music in 1992, fascinated by Techno music, raves in Rome and from that year he has never stopped. In 2001 Tilove played at Radio Italia Network in Milano, also talking about Techno and Italian Progressive Music.

We began our career as a duo in 2019, but started djing earlier, Angels in 2003 crossing the years of italo dance music, house and edm and Tilove in 1992 starting with techno music and go on with underground and progressive till today music

Our first track as a duo is Melodyca, we thank Falcos for the wonderful opportunity on Alveda Music, we have started a nice collaboration with him and we hope to go on with this great label

As Angels&Tilove this is our first release, but in 2003 and 2004 Tilove collaborated with Dj Molella for The Soundlovers track “Hyperfolk” and Amerigo Provenzano for his single “go go to the disco”

As Italian dj’s we are attracted by our artists like Gigi D’Agostino and the unfortunate Robert Miles. Gigi D’Agostino is a worldwide dj producer that inspired us a lot of times and his song are still remixed after 20 years by great artists in all the world

Similarly, Robert Miles has been the Italian forerunner of melody mixed with strong bass, also his song “Children” is still mixed in all the world. We are attracted by his song “one ad one” that represent all his ability and creativity

We are starting now as a trance duo and we hope to collaborate with other artists, exchange of ideas between artists is important because give the opportunity to carry experiences and different way of making music, creating also new music genres

We use FL STUDIO with all powered synth plug in vst and fx, we started with Cubase but we realized that FL STUDIO suites more our way for making music

Yes we play piano keyboard, we are always happy to play new melodies for our tack, using all the instruments we have and experimenting all that music technology provide us, also trying to hazard new fx to standard sounds

No, never be in any contest yet, but if someone gives us the opportunity, we play! We made several bootlegs of old famous trance tracks that you can listen by visiting our Facebook page and Demodrop

Yes, we play together as a duo and also like individual dj, it depends by the event type. During our sets as a duo we create great trance atmosphere made of uplifting melodies and powerful kick and bass.